22 facts about the Explorer of the Seas Cruise Ship

On the last day of our 8 day cruise to Norway on the Explorer of the Seas, an event called the Captain’s Corner was held on deck 3 in the Palace Theatre.  All cruise guests are welcome to attend the event and it is a chance for the passengers to find out some facts about the ship that we were sailing on.  I was really keen to go, however, Paul and our 2 Dads were not. I eventually persuaded them, dragged them to the Palace Theatre and we took our seats 3 rows from the front. 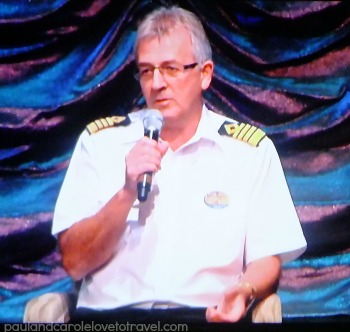 The following panel were introduced –

Kjetil Gjerstad originally from Norway and has been with the Royal Caribbean Company since 1977.  He had only joined the Explorer 2 weeks previously but has been the master on numerous Royal Caribbean ships.

Kamenko Milat-Panza, born in Dubrovnik, Croatia, started his career in 1980 and has been chief on a variety of Royal Caribbean ships since 1996.

Gordon Marshall, originally from the west coast of Scotland.  Started his career in 1997 as a Bar Waiter.  Over 15 years he has worked in various positions on 36 different ships including food and beverages trainer,  Art Auctioneer, Bar Manager, a Marketing and Revenue Manager until he became Hotel Manager.

Rob McNally was born in Liverpool, and has been in the entertainment industry for 24 years. He started working as one of the cruise director’s staff until he worked his way up to Cruise Director. Rob chaired this session.\

22 facts about the Explorer of the Seas –

The reluctant 3 all admitted to finding the session informative and really entertaining, and would definitely attend another session on future cruises!

If you know any more facts about the Explorer of the Seas then do let us know in the comments below! 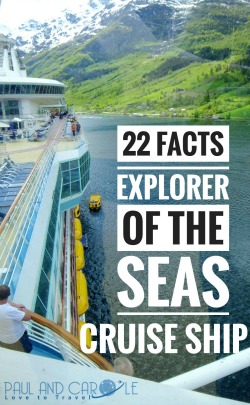 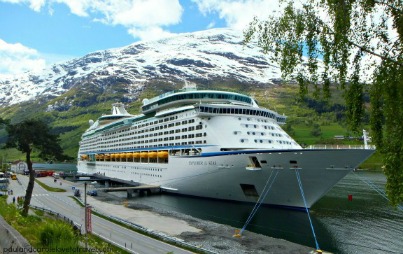 Explorer of the Seas